Previous Next
Photo by Renee Fisher on Unsplash

When Menaca decided to migrate after witnessing death in a war zone to pursue her education, she was told it’d be better to get married and settle down. She had her first brush with death when she was only 9 years of age. After walking barefoot through the jungle for 10 days and witnessing a woman being killed within a foot to her right, she escaped Sri Lanka and moved to India. This was only the start of her journey.

When Menaca wanted to set up a business she was told that as a migrant woman it will be hard to make a success of it. She didn’t study English until she went to University. She overcame a linguistic barrier, an inferiority complex of being the only student who was studying in English medium for the first time as well as being the oldest student in her class due to migration. She successfully became a Healthcare Professional, worked as a lecturer in India, got married and moved to the UK. After completing her retraining and conversion exams, she launched her career here in the UK. Eventually, as a member of the single mums’ club with a five year old daughter, she bought her first business.

When she decided to follow her passion, teaching others to prevent burn out, she was told it was an English man’s job. When she wanted to share her story to empower women she was told she couldn’t do it due to her strong accent. She is now a multi-award-winning public speaker, entrepreneur and women empowerment crusader.

Menaca survived every war she experienced; both physically and mentally. She overcame every challenge thrown her way. She reinvented herself stronger and launched her second business as a Business and Mindset strategist. Today, Menaca is a speaker and an author with the mission of helping others live their dream by designing their destiny deliberately, authentically and lead fulfilling lives. She shares what she learned; the tools and strategies she used to evolve from a victim mindset into a success mindset with others.

Menaca Pothalingam, who is described as “the next Oprah,” is a serial entrepreneur, author, business and resilience strategist. Menaca successfully sold her Healthcare practice after years in the industry and decided to move into the world of coaching, putting her personal and professional experiences into practice. Menaca overcame adversity after walking through the jungle barefoot during the Sri Lankan Civil War. With a degree in NLP, hypnotherapy and coaching, Menaca is helping others to take control of their lives and turn their dreams into reality.

If you liked Menaca story and can relate to yourself, or struggling with your self-love and inspiration, take a look at great workbook on Amazon that helps to learn self-confidence and love. 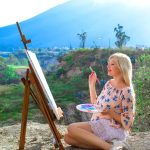 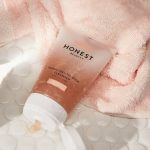