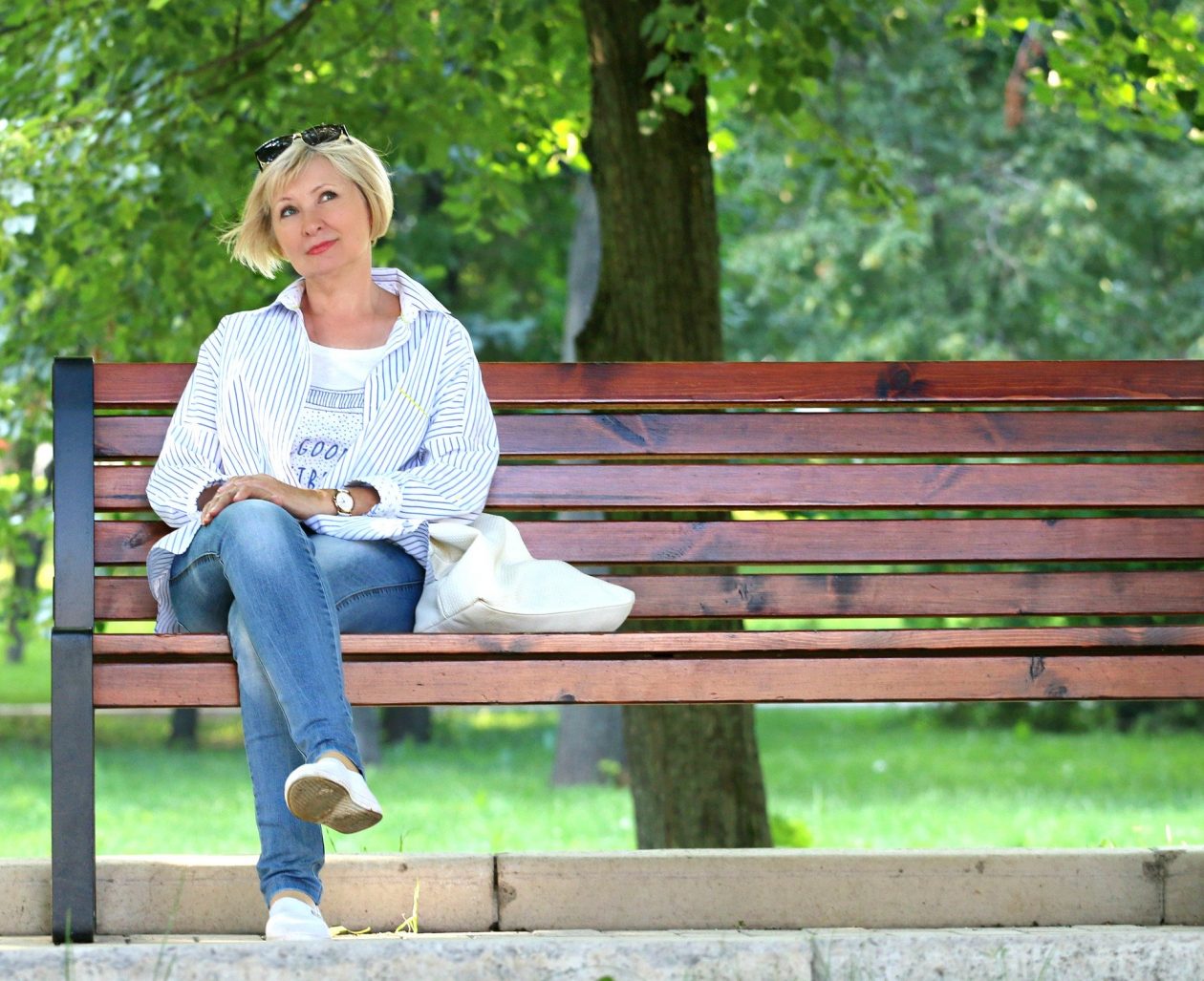 “Paranoia means having all the facts.”

Men will never understand why women cringe at being told to smile.  I could be at a party in the middle of a serious, thought-provoking conversation, only to be interrupted by some well-meaning Casanova imparting that I ought to smile more (suggesting perhaps, that I’d be more attractive if I weren’t so, um, earnest)?  Or, when I’m consumed by a project at work, focused on the task at hand, until my unenlightened teammate shows up and bellows “Hey, why so serious?!”  I’ve experienced this just walking down the street, lost in thought, about to figure out the meaning of life, until some jerk interrupts my rumination by yelling “Hey, no smile today?!” like he’s doing me some kind of favor. Who but a crazy person just walks down the street with a big smile on her face?  In any of these circumstances, would anyone dare say that to a man?  As a woman, why am I somehow obligated to smile to make him feel better?

I think the “smile” remark is just one tiny symptom of a much larger cultural malaise: that of women being expected to be perpetually sunny as if it makes us more virtuous or attractive.  It’s not just the men who do it to us, we do it to each other as well — the pressure to be cheerful and optimistic.  No one likes a Debbie Downer, right?  Decades of numerous books and magazines and self-help gurus preaching “the power of positive thinking” (with very little scientific evidence to back it up), there is a collective brainwash whereas pessimists have been given a bad rap.  Yet I think it’s time we gave them (well, me) their due.  Can’t we get some credit for being, if not fun to be around, at least right?

Studies bear this out.  It turns out that optimists are actually delusional (spinning inaccurate versions of the past, the present, and the future), and that pessimists are the ones who are the “realists.”  Remember the saying, “perception is reality?” Turns out reality is reality. And when it’s measurable, pessimists usually perceive it more accurately than their cheerleading (and intolerant) counterparts.  Now that’s optimistic news!

I get it. I do.  Optimists are more likable.  For one thing, they’re always good for providing a little cliché when you’re down: “Things always work out for the best.”  “If it was meant to be, it’ll be.”  But when we pessimists offer our friends and the world some legitimate warning meant to be helpful, no one seems to appreciate it.  If optimists are the sun, then we are the protective sunglasses.  Yet, we just get labeled cynical and depressing.

I’ll concede, a little dose of healthy self-deception generally makes for a happier person.  Who doesn’t want to live in a fantasy world?  But we pessimists have other things going for us, if not jolly dispositions. For example, we might increase our chances for a successful relationship (like marriage) by evaluating more critically, whereas an optimist might be willing to jump in with both feet and “hope for the best.” Or, never expecting anything to come too easy (let’s say a job promotion, a sales presentation, or a sporting competition) we can ensure success by over-preparing. When disappointment does, inevitably, occur — we pessimists may cope better than the pollyannas who never saw it coming. Without us, there’d be no spare batteries in the house.  So please stop trying to discount our every negative thought; our outlook is actually constructive.

Positive thinking is not all it’s cracked up to be, and often, it’s downright irrational.  Maybe it’s high time we “consider the possibilities” types finally stop feeling bad about this quality and start demanding a little respect.  We are not here to be a bummer.  We are here to help.  These inclinations serve a purpose.  Pessimism is not something we need to “overcome.”  Applaud for us.  Don’t shut us up or call us neurotic.  And for godsake, don’t ask us to smile when we’re trying to be taken seriously.

Though there are plenty of women who insist on being positively adorable and adorably positive — in general, women are actually better realists than men.  Evidence abounds.  Classroom teachers observe that, when they address the class with a question, boys will impulsively and confidently raise their hands, hoping to think of the answer by the time they’re called (or just not care if they’re wrong), whereas the girls thoughtfully consider the right answer before raising their hands.  Young men are known risk-takers, which is why historically they were considered ideal recruits for army, police, espionage, gambling, and bungee-jumping.  Women live longer than men, the theory being that they not only are less impulsive, they are also more likely to listen to warning signs in their bodies, visit a doctor sooner, and adhere to the doctor’s advice.  If you need further evidence of man’s capacity for misplaced confidence look no further than Joe Exotic.

I even see evidence in my own relationship.  My husband gets exasperated with my more cautious nature.  I can’t tell you how many times he has assured me (with such confidence and authority!) “No, no, it’s fine, nothing bad will happen.”  He’s brushed off my worries about going on a hike and getting Lyme Disease (our best friend got it that day), a sketchy helicopter ride (a whole family died on that very same ride one month later),  the stock market (let’s not go there), my vigilance at avoiding bringing home bedbugs from movie theaters (it does happen), even the current coronavirus.  While he was still complaining about the media and the public’s “over-reaction” and trying to mansplain to me that thousands of tragic deaths would “still be only a small percentage of the population,” I was more “Um, I think this is bad” and started loading up the pantry with liquor and chocolate truffles.  Now he (and many others) say things like “Who could’ve seen this coming?” and “Who in their wildest dreams could have imagined this?”  (Answers:  Me.  Bill Gates.  And the writers of the movie “Contagion”).

According to one recent survey, 68 percent of women are worried about a family member becoming sick with COVID-19 compared to 56 percent of men.  It seems that men, despite their self-confidence at being “right” about things, are actually a bit slow to the uptake.

A bias against negativity permeates our entire culture, no place more evident than in government.  Why is it that our leaders typically reject dire warnings and fail to prepare?  Threats of terrorism before 9/11?  Reinforcing dams in New Orleans before Katrina?  The warnings from the experts about preparing for a pandemic?

What is the preparation right now for the inevitable “big one” (earthquake) in California?  No one wants to listen to us Debbie Downers (male or female), though they should.  Heads in the sand, believing nothing bad will ever happen, despite what history teaches us, is proving to be deadly.

I used to think it was wrong to vote for a woman just because she is a woman.  Now I’m not so sure.  I’ve grown more and more disgusted with the world that “men in charge” have given us.  War, greed, intolerance, inequality.  They have an undaunted, optimistic view of their own competencies, unchecked.  I believe that governments could use a strong dose of traditional female qualities — compassion, communication, organization, caution, and yes, even self-doubt.

Georgia’s Governor Brian Kemp is a laughingstock for his ludicrous remarks about coronavirus; I wonder how many Georgians now wish they’d voted for Stacey Abrams?  In fact, many (male) world leaders have said some pretty nuts thing.  Clearly, they could learn a thing or two from Angela Merkel, who is now often referred to as the Leader of the Free World.  The heavyweight and unflappable (Madame) Merkel continues to inspire and comfort the world, and more importantly, her own citizens.  She does this by avoiding drama (she’s only given one speech so far) and by focusing on what needs to be done, giving this emergency the gravitas it deserves.  Refreshing, no?  I doubt no-nonsense Merkel is terribly sorry about not smiling more (quite honestly, I’m not even sure I’ve ever seen her smile).  The approval rating for this Debbie Downer’s handling the crisis? 79%.

And then there’s (Mister) Trump, who, early on, wasted precious time (and no doubt, lives) treating COVID-19 as media fear-mongering, partisanship, something personal, and literally “a hoax.”  He has ignored and disputed advice from the experts, and he continues to spread misinformation.  Does this sound like someone grounded in reality?  I can only speculate that those who approve of the job he’s doing must not have actually seen or heard all that I have seen and heard.  Or maybe they have just lost sight of what true leadership and effectiveness looks like. Trump’s mind-boggling and dangerous bungles are way too numerous to mention here, but his now-infamous “I take no responsibility” remark is particularly illuminating for the purpose of this discussion. Imagine a woman boss or leader ever saying (or getting away with saying) that.

In the meantime, governors across the country are bidding against one another for hospital beds, respirators, and face masks, and they can’t seem to get on the same page with regard to a lock-down approach.  Our fellow Americans are dying, in large part, because we delayed (and continue to delay) taking early and extensive action to prevent the spread.

Something tells me we’d all feel a lot better right now if Amy or Elizabeth or Kamala or Stacey or even “That Woman From Michigan” were in charge.

Ms. Leicht is a freelance writer and the author of “The Skinny on…” — a series of concise city guide books. You can learn more about her at: SkinnyGuide.com 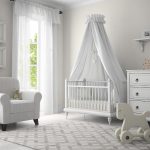