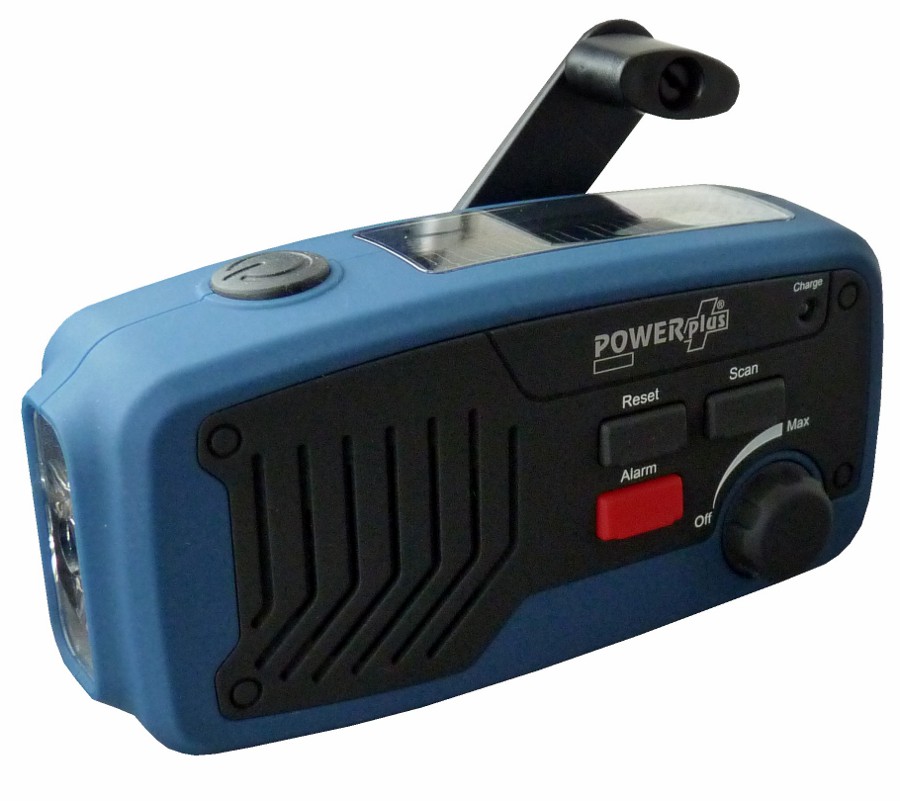 The Panther is a unique multi-functional solar powered radio and wind up radio from PowerPlus©. It’s a favourite with our outdoor-loving staff as it replaces the functions of devices you’d usually have to carry individually. Its ingenious 5-in-1 design saves space, time and money and gives you the following key features:

The Best Solar Products For the Outdoors

The Panther wind up & solar radio is one of three solar power generators in the PowerPlus range. The other two are the Lion Solar Powered Torch and the Leo Solar Radio. We recommend both the Lion and the Leo as being good value for money and good quality but this Panther is our personal favourite.

See our review of the best solar radios HERE.

This solar radio uses 2 technologies to generate power for the dynamo that then charges an internal rechargeable battery. The dynamo can be charged via a hand crank or by a solar panel. It takes about 10 minutes of charging via hand crank to give you the time to listen to a full 1 hour radio broadcast.

The lion or Leo would suit you better if you don’t want the dynamo option or the radio and the torch is a better choice if you want a really bright torch and don’t need the radio.

Reviews of the Panther’s Torch Function

As you’ll see in a moment the Panther also contains a powerful LED torch for emergencies or for late night reading or tasks. We’ve had reports from some users that the torch has lasted up to 24 hours with no further winding.

A stand-out review by JR of Amazon.com sums it up this way:

“I bought this after the lights went out, even with power restored, we’ve never been so glad to find it. It’s been absolutely impossible to get any decent radio reception in my area, but I’ve been able to listen to local news and traffic reports on this radio with crystal clear reception every morning for almost 3 weeks so far. The volume seems to be quite decent, especially with the radio adjusted to about 75%. I’ve also been impressed with the power of the light, it’s so helpful to have during the frequent power outages that we have here. We’ve even used it to light the way while we walk our dog at night, but I’ve found that if you want to use the light a lot, it probably makes sense to wind the crank and charge it a little before you go out to ensure that you’ll have enough light. Of course, I’m glad to have this radio, but I’ll be even more glad if the power ever stays on again. The 15 minutes or so that it takes to crank this radio to have it ready for use each morning is well worth it for a radio that will let me stay informed and connected to the outside world, even when the power is out.”

Reviews of the Panther’s Radio Function

Besides its function as a dynamo powered radio or wind up radio, the Panther’s thoughtful radio features include an analogue clock and an alarm – ideal for use as an outdoor security radio.

The Panther’s other ingenious feature is its ability to also charge the batteries in your phone or other small devices with the USB output charging port. In this mode it effectively works as a power bank. The input comes from a solar panel or from a DC-in power adaptor. This is a really useful feature for this radio which not only allows you to use it as both a radio and a power bank but also to use it to charge your batteries if you’ve run out of power in the middle of the night.

This really sets the Panther apart from similar radios a lot of which only have a solar panel with no other way to charge them. It’s also a lot cheaper than many other solar power banks.

With the rubber grip you can easily hold it steady while the dynamo charges.

Reviews of the Panther’s Powerbank Function

This is a combination gadget and has three functions:

We were really blown away with this radio. Firstly because of its size and secondly its backup power features, including the dynamo, solar, rechargeable battery and USB powerbank.

The dynamo is charged by a hand crank. You only need to wind it for about 10 minutes by hand to get an hour’s worth of radio. (You can also charge it with a solar panel). You’ll also get around an hour of light from fully charging the battery.

On the Panther, you can use it as a PowerBank to charge your phone. You can either charge with a solar panel, or alternatively by using an AC-DC adaptor. The solar panel can be purchased separately, however it would be much cheaper to just purchase a universal USB powerbank for charging and for emergency power.

With the dynamo charging, you can use it as a communication device. 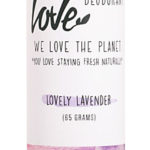 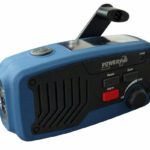