If you’re looking for a movie that will feed your passion for change and fan that spark into a raging fire, look no further. These five feminist documentaries closely examine important issues of women’s rights and tell the stories of powerful women across the globe.

Mainstream media has long been criticized for its representation of women. Miss Representation takes a closer look at the negative effects these portrayals have on young women. This documentary seeks to show young women that their value lies beyond their youth and beauty. Stories from teenage girls around the country are interwoven with interviews with strong women in media, such as Katie Couric and Jane Fonda, in this documentary that advocates the importance of positive female role models in media.

The truth about campus sexual assault has been covered up for years, and award-winning documentary The Hunting Ground shines a light on this issue. This documentary follows the stories of several women fighting for justice against their assaulters and the institutions that protected the assailants. Interviews with undergraduate women from small colleges, state universities, and Ivy League institutions prove that rape culture is a prevalent issue around the country—one that has been covered up for far too long.

If you’re looking for a feminist documentary that’s a bit more family-friendly yet still holds a powerful message, check out A Ballerina’s Tale. This documentary follows the career of Misty Copeland, the first Black female dancer at the American Ballet Theatre. Through discrimination and several injuries, Copeland continues to push forward, never ceasing in her journey toward her dreams. Copeland’s story of perseverance and determination serves as a great reminder for young women that you can achieve anything you set your mind to.

The 1960s were a time for great change across the United States. The second wave of feminism began to grow during this time—the documentary She’s Beautiful When She’s Angry recounts the stories of the powerful women at the forefront of this movement. This documentary doesn’t attempt to romanticize the fight for women’s rights, but instead seeks to portray the struggles as accurately as possible, resulting in a captivating film that’s thrilling and even humorous at times.

The stigma surrounding menstruation may have diminished in the United States in recent years, but the same cannot be said about the topic worldwide. In a rural community in India, a group of women begin manufacturing and selling low-cost, biodegradable sanitary pads in their community, kickstarting a revolution along the way. This film is a bit shorter, running at only 25 minutes, but it packs a punch nevertheless. It even won the Oscar for Best Documentary – Short Subject this year. 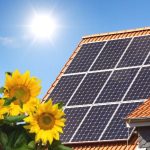 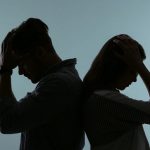