While it’s hard to say whether legalizing marijuana would be a good idea, there are several arguments in favor of legalizing cannabis.

These arguments include public health and economic benefits. In addition, legalization could decrease the cost of law enforcement. The benefits of legalization are many and diverse.

In the United States, there is a large debate over the benefits of legalizing marijuana. Advocates for the legalization of cannabis point out the many benefits it brings to society.

In addition to increased consumer choice, marijuana is also less harmful than alcohol, which is the leading cause of death in the US.

Legalization is a huge policy experiment and its effects may not be known for several decades.

Similarly, legalization has increased the number of emergency department visits and car crashes involving cannabis use and, in some cases, alcohol-impaired driving. However, there is little data on the impact of legalization on treatment of cannabis use disorders.

Although cannabis may have some benefits, it is also an addictive substance, which can pose a health risk. Its legalization should be done in a manner that protects the health of the public.

A national approach to marijuana regulation would be more effective in protecting the health of the public than a state-by-state approach.

Legalizing marijuana would have a significant impact on the criminal justice system.

It would disrupt the criminal networks that control the distribution and production of the drug, and would cut off a major source of revenue.

Moreover, it would make it more difficult for minors to access marijuana. In theory, this would lead to fewer arrests and fewer convictions for marijuana-related crimes.

It would also decrease the cost of the criminal justice system. Therefore, legalizing marijuana is a smart choice for society.

Statistics have shown that marijuana use is widespread and fairly evenly distributed across different social groups.

In addition, the racially biased stop-and-frisk policy tends to increase the number of marijuana arrests.

Legalizing marijuana in New York would reduce the penalties for marijuana crimes and make it easier for people with drug convictions to seal their criminal records.

It would also allow more money to be disbursed through tax revenues to nonprofits that serve the communities that have been disproportionately impacted by drug policies.

Increase In Incarceration Of Marijuana Offenders

The increase in incarceration of marijuana offenders is not a simple one-time event.

Some research suggests that the legalization of cannabis may lead to decreased arrest rates among young offenders.

The legalization of marijuana has many benefits for society. For instance, it is a valuable tool for medical care, and it can also be used recreationally.

Legalization of marijuana would free up millions of dollars in criminal justice costs, and the money that would be spent prosecuting marijuana offenders could be spent on education and healthcare instead. Legalizing marijuana will have some side effects, however, such as increased arrests for drug-related offenses.

It is estimated that 663,000 marijuana arrests occurred in the United States in 2017. Sixty-eight percent of these arrests were for marijuana possession.

These arrests aren’t the work of drug dealers or traffickers, so the tax dollars are being wasted on nonviolent crimes. In fact, the government is spending upwards of $600 million to $3 billion incarcerating marijuana offenders.

In 2011, 16.7 percent of Americans reported using marijuana at least 300 days in the past year. Furthermore, 5.0 million of those surveyed used marijuana daily or nearly daily.

This finding is consistent with previous studies in U.S. states, which show that marijuana use increases crash risk per mile traveled.

The results show that the risks of cannabis-impaired driving are much higher for drivers in high-risk demographic groups. These drivers are younger than other drivers and are more likely to cause traffic accidents.

Male drivers are at higher risk than female drivers. The study also shows that drivers under the influence of cannabis were more likely to die in traffic accidents.

The study also found that marijuana use had negative consequences on driving, even when drivers are not high. Marijuana-impaired drivers had higher rates of hitting pedestrians and exceeding speed limits. They also drove more often through red lights.

Legalizing marijuana will have some positive and negative consequences. The majority of the evidence suggests that the positives outweigh the negatives.

Legalizing marijuana will save tax dollars, free up prison space, and allow law enforcement to focus on more serious crimes. It will also provide a valuable tool for medical care and recreation. 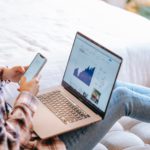 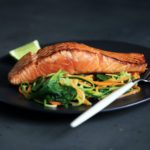